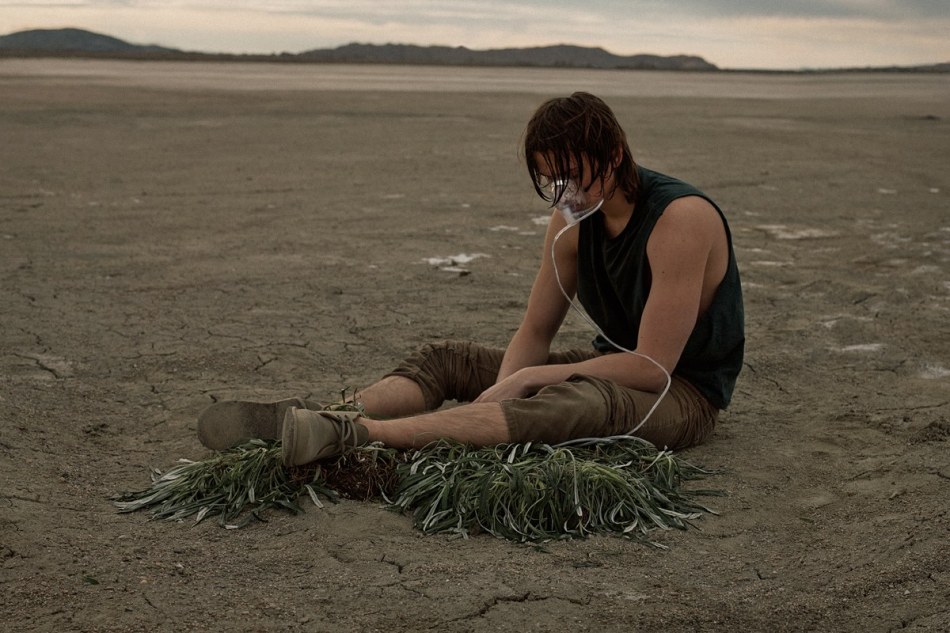 Diving in and out of consciousness, he finally collapses

on the ocean of sand. Using the last bit of energy, he crawls

to the nearest bed of grass and pulls out his breathing tube.

Barely being able to see through his dry eyes, he struggles

to connect his used tube to the partially oxygenated patch of

green hidden beneath the earth’s surface. Hidden underneath

tanks. As he paced his breathing, he sat up to evaluate where

his legs have taken him. He thought about the events that led

up to this. He kept thinking about his family, not knowing

whether they were still alive or not. September thirteen, that’s

the day the world ended. Thinking about what used to be was

wasteland that encapsulated him, ”Welcome to New York,

the City that never sleeps.’ Population, me.’